The data sender in the picture below is a simulator used for testing. It should be replaced with a real data sender.

Messages are generated and sent when you scroll the bars.

With On / Off you can change the mode of operation, so that a message is generated either

In the On state there will be more music on the wire! 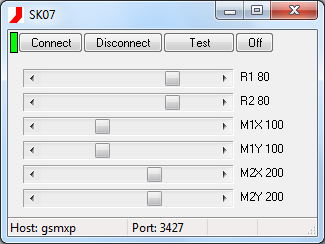 The server can be a normal desktop application. 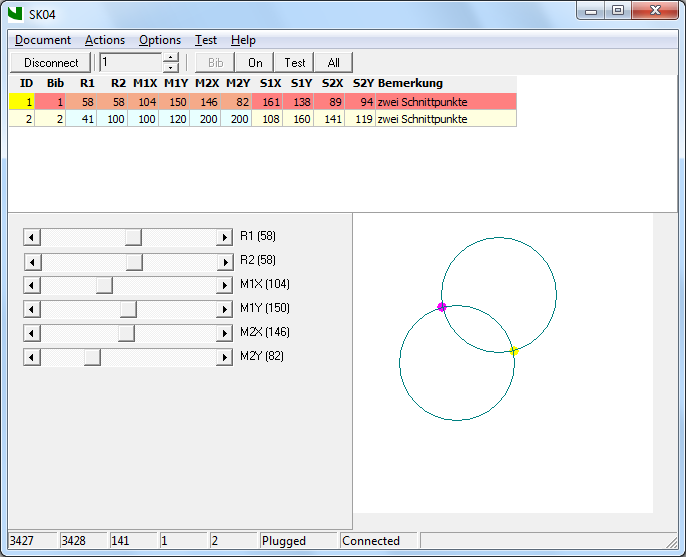 Or almost a normal Delphi application.

It does not show any modal dialog windows. When you have a modal dialog open, the message loop of your app behaves differently and processing of messages received via sockets can stop.

This application will always process network traffic as it happens, it is both a server AND a client.

SK06 removes most of the graphical UI. When it starts up it will write to the memo control once, so that you can see a listing of open ports.

The app has a built in web site, which could / can serve Silverlight clients. 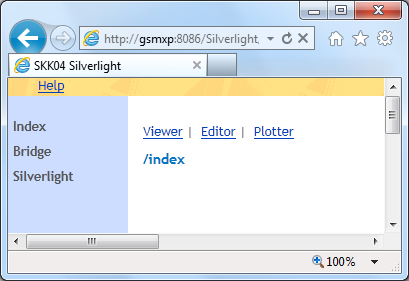 ( In the example image above the server is running locally. )

The viewer can visualize data. 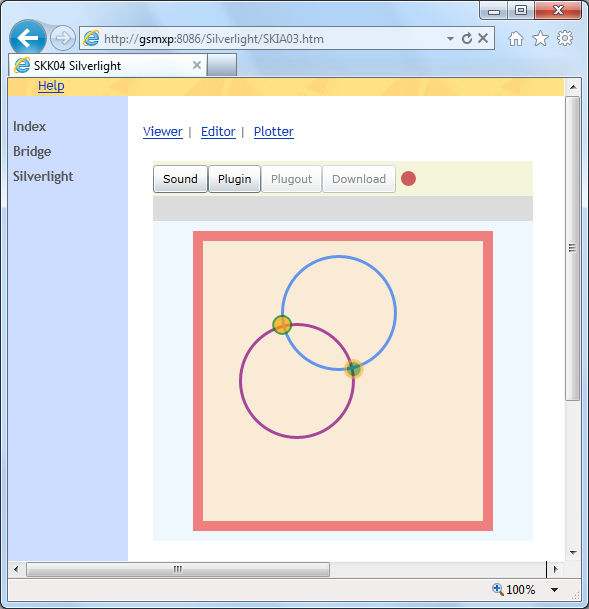 The intersections of the two circles are computed on the client side.

The computation is an example, the example that I am always using.

The Silverlight client (Editor) can send data back to the server. It replaces the desktop simulator. 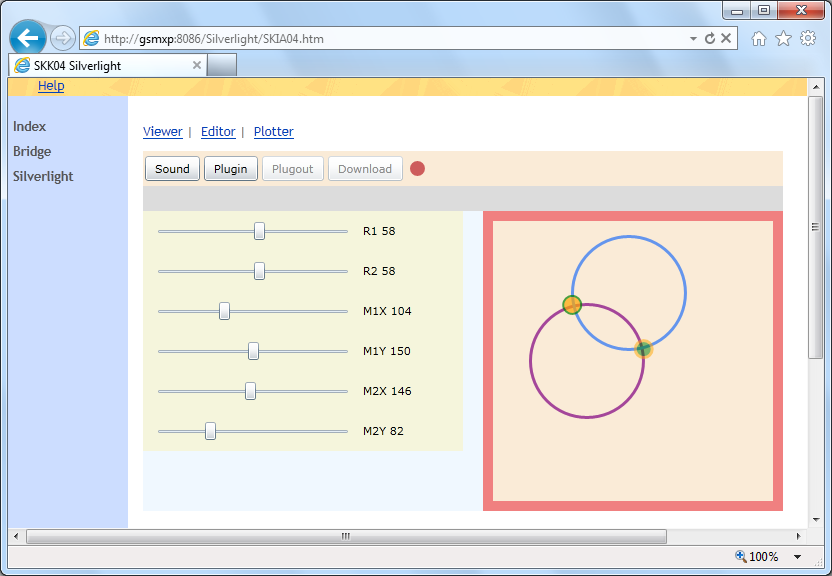 Note that the positions of the input elements do not auto update, as it would not make sense.

The client can be enhanced to be a plotter / logger.

Here in the example the update of the graph happens 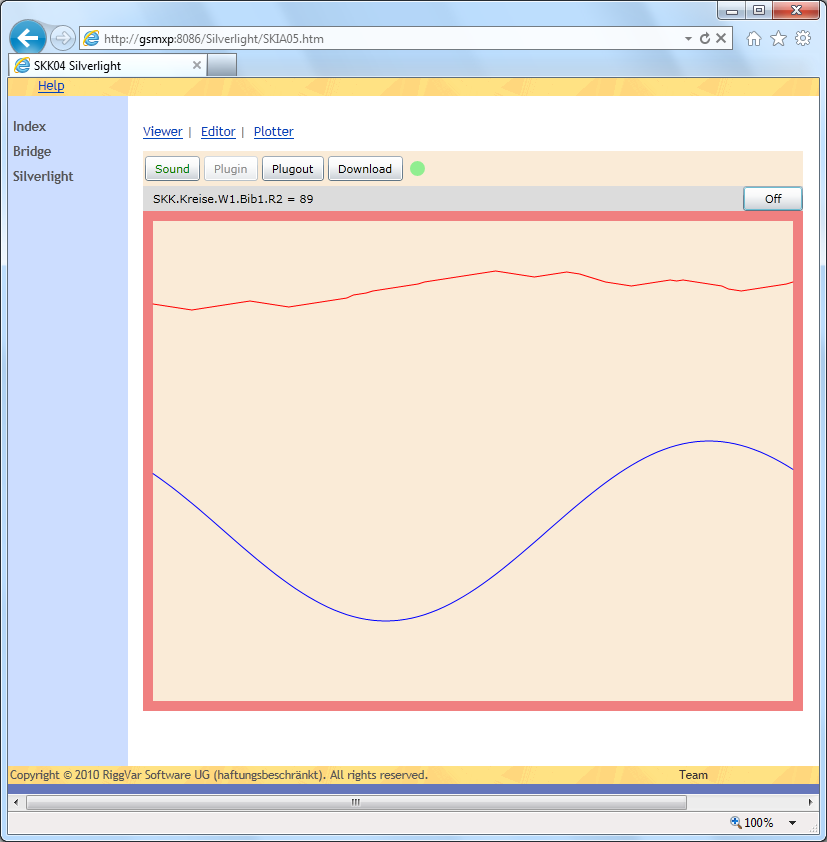 Therefore the lower curve keeps moving even if the current measured value of R2 is constant and appears in the diagram as a straight line.

The virtual instrument in the picture is a freely available Silverlight control. 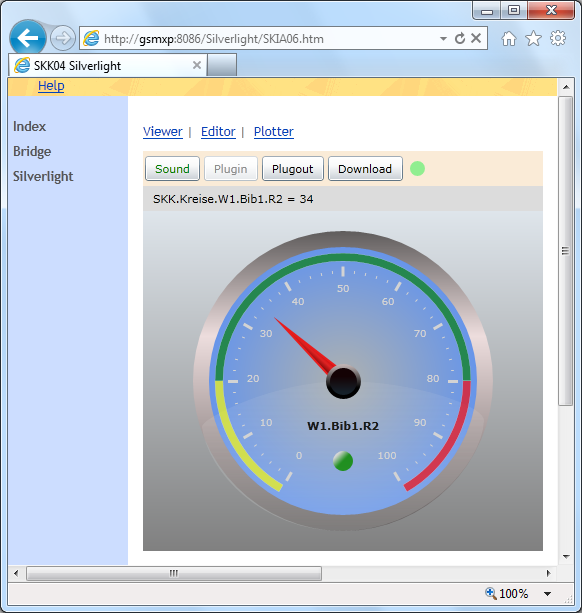 The application shown in the image uses tabs and was used during debugging.

Almost the entire SKK application has been ported to the Silverlight platform. 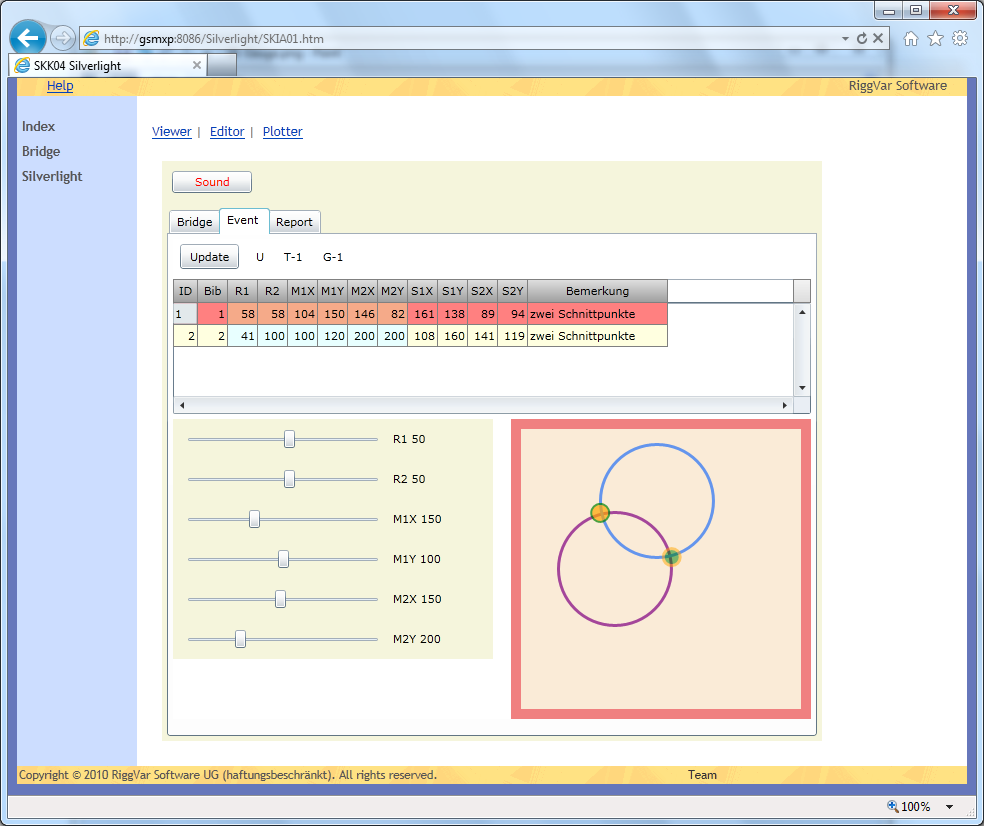 In this variation everything remains in view, including the memo with the log of received messages. 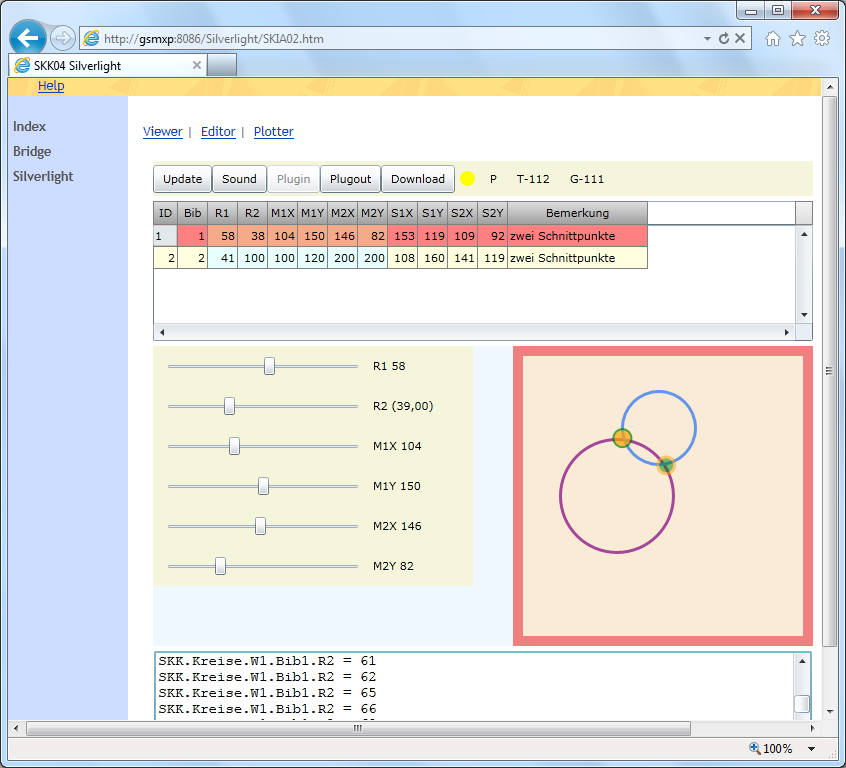 The design of the UI is a task for the designer, they say.

Lots of things are possible.

The screenshots were up to date in June 2011.